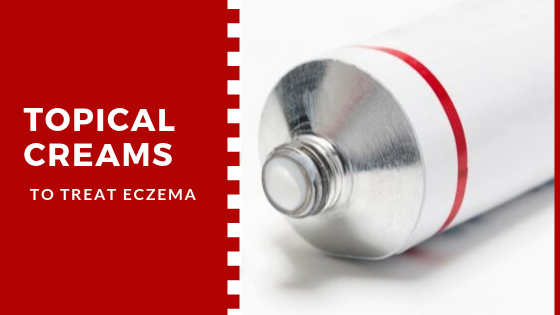 The skin condition Eczema is mainly recognized by a dry, red and itchy rash that occurs in the patches of inflamed skin. Eczema is also commonly known as “Atopic Dermatitis” where “Atopic” refers to Allergy due to hypersensitivity reactions caused by allergens or irritants and “Dermatitis” refers to the inflamed skin. One can go with the prescription eczema cream if such symptoms appear.

In Eczema the skin appears dry, red and inflamed. The severity of Eczema depends on the level of inflammation, how much the individual scratches due to itch and whether the eczema is infected. Eczematous skin is itchy but it shouldn’t be scratched because scratching increases the inflammation, irritates the skin and further worsens the condition.

Flare-ups in eczema are different in different people and are exacerbated by different triggers in the form of Allergens and irritants. These triggers worsen eczema causing itchy rash leading to increased inflammation to the skin. In some cases, eczema gets infected which can be life-threatening and needs to be addressed immediately.

Eczema cannot be cured completely, the treatment of eczema lies in managing its symptoms such as inflammation, itch, rash effectively and preventing the episodes of flare-ups.

As a primary line of treatment to eczema flares, topical steroids and creams are used. Steroid creams quickly relieve the itching and reduce the inflammation. Remember, a topical treatment for eczema cannot guarantee complete relief. These steroids and creams are available in different strengths, from mild to strong, the stronger the steroid the more effective it is. One can buy creams with mild strength are available over the counter whereas the stronger ones are available only on physician’s prescription.

The strength of the steroid used is determined by the physician after examining eczema, and factors such as the severity of eczema, condition of the rash and location of the affected area. He may then suggest the best topical treatment for your eczema. It is very important to follow the instructions of the doctor or use the steroidal cream as prescribed by him. For a thick and scaly skin condition in eczema more potent steroid may be prescribed.

Mechanism of Steroid on skin inflammation

The steroids applied on the skin travels from outside to the inside of the skin. It reacts with and modifies the function of dermal, epidermal cells and cells of leukocytes which causes the inflammation of the skin.  After passing through cell membranes these steroids react with protein receptors stimulating the production of glycoprotein.

These glycoproteins called as lipocortin inhibits the production of components that are responsible for the immune reaction and thereby produces anti-inflammatory and immunosuppressive effects which ease down skin inflammation and reduces the eczema flares.

Side effects of steroidal cream

While suggesting a topical treatment for eczema, using an appropriate strength of steroid is critical, because milder than required may not heal the symptoms leading to chronic eczema condition, whereas stronger than required for longer period may lead to side effects.

When used strictly as prescribed by the doctor, the chances of side-effects though exist but are very rare. Side-effects always occur due to the inappropriate use of medication.  Many times, Side effects are only seen after continuous use of treatment with strong steroids for several months.

Apart from potency and duration of use, other factors that determining side-effects include quantity used per application and area of the body where it is applied.

Side effects due to steroids are often temporary and most of the effects only certain part of the body. Common side-effects of Steroid usage include

How to use Topical Steroid Effectively?

Like mentioned earlier, while treating eczema it is very important to use topical steroids and prescription eczema cream long enough to suppress the flare-up symptoms. It is recommended to use it exactly as prescribed by the physician and not to leave until the skin stops itching and the inflammation has gone away. Because the treatment is withdrawn too soon, the rash might return which may lead to more usage of steroid medication overall. Also, the next time round you might have to use steroids with greater potency, than if you had continued using it for long enough in the first place. This can cause a condition called Topical Steroid Withdrawal Syndrome or Steroid Addiction.

For effective healing, only a thin layer of topical steroid/prescription eczema cream is required, but make sure while using topical treatment for eczema it is applied enough to cover all eczema affected area. The best way to measure is to use the fingertip rule wherein squeezing cream from the tip of an adult’s index finger to the first crease of the finger should give you a quantity that is enough to spread an area of two adult palms including fingers. In common language, this measurement is called as ‘one finger unit’.

Other tips to apply steroidal cream for effective healing includes

The condition in eczema can be explained in two stages one the appearance of the skin, how it looks? dry, red, rashes, etc. and second the damages inside the skin, the inflammation, the damaged skin barrier, etc.

Similarly, treatment with topical steroids occurs in two stages in 1st stage of healing, the normal appearance of skin is restored i.e. the skin looks good this is called as “The look Good Point” and the second one “feel-good point” on complete healing from inside or hidden healing which further reduces the possibility of a flare-up on stopping the anti-inflammatory application and recurring of rashes.

So, it is very important to continue the application beyond the look good point until the feel-good point is reached or hidden healing is accomplished. while treating chronic eczema the 1st stage is reached in 4 to 6 weeks and takes a couple of weeks more to accomplish hidden healing.

As we can see topical treatment can be very effective in treating the inflammation due to Eczema, which would, in turn, reduce the itch-scratch cycle. However, it is very important to use topical steroids judiciously and as prescribed by the Doctor. Stopping too early might actually cause more use of steroids over time. There are also non-steroidal topical creams like topical calcineurin inhibitors, ask your Doctor for your options.